Way Too Much is Just About Right

Like Saturday, the Garden Bloggers Fling schedule on the final day, Sunday, was grueling, starting at 8 a.m. and ending at 8 p.m., once again a list of eight gardens. I'm going to cover most of the gardens in a future post. But there were two private gardens that day that really stood out for me. In many ways they were opposites, but they had something in common that is always guaranteed to appeal to me -- a certain degree of over-the-top, overabundance. I'm a girl who believes that more is more, at least when it comes to the garden.


The first garden was the garden of Rob Proctor and David Macke. Rob Proctor is a local Denver gardening authority who appears on the Denver channel 9 news in a segment called Proctor's Garden. He has also written 16 books on gardening. 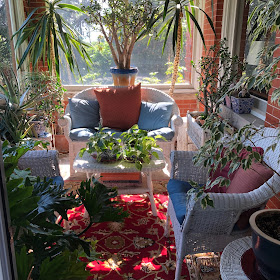 We all obediently filed through the house on the way to the back garden. 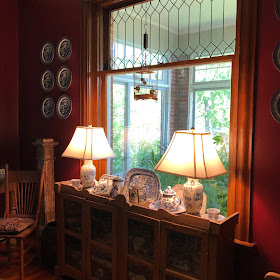 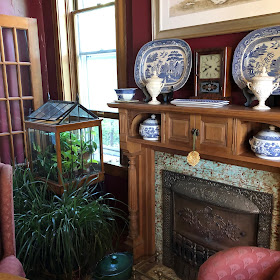 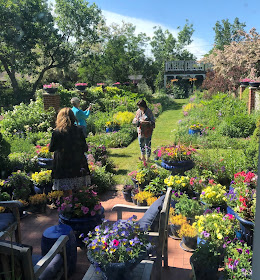 I was immediately struck by how very English those double perennial borders were, backed by a fence held between tall brick pillars. I made that comment to a few people, only to be met with silent stares.

So in my defense, I present Exhibit A. 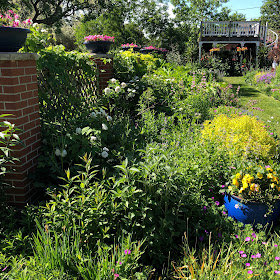 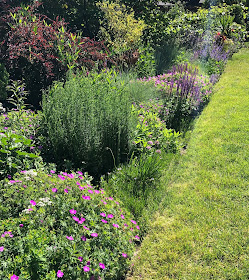 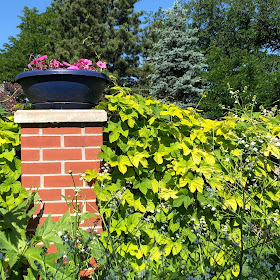 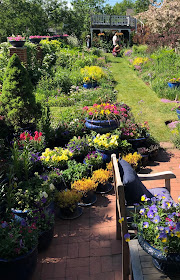 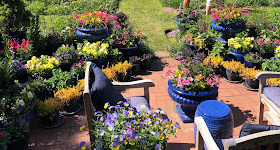 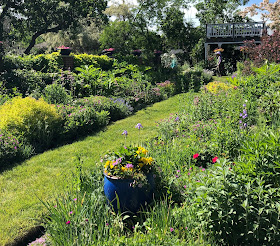 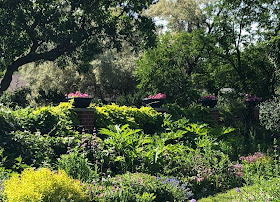 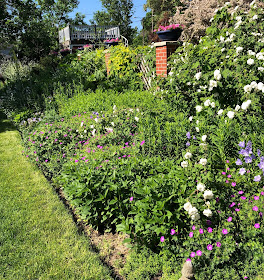 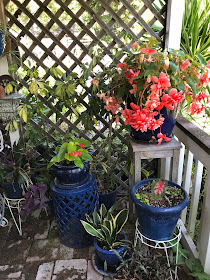 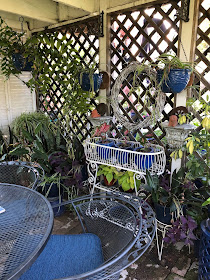 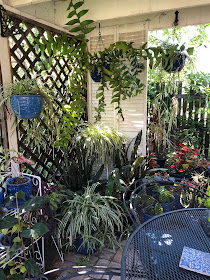 There were some special, very statuesque plants that stood out. 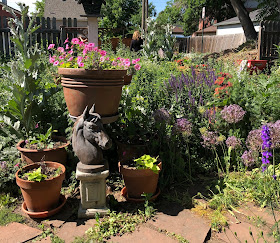 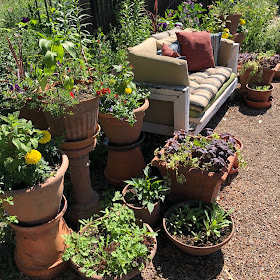 On one side of the house, on the way back to the bus, Heather (Just A Girl With A Hammer) and I discovered the sunken garden. 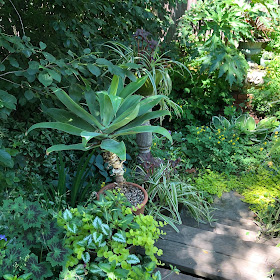 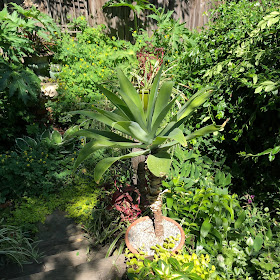 The second garden that greatly appealed to me on Sunday was the garden of Dan Johnson and Tony Miles, stylistically very different, with its upcycled bits and pieces and painted stucco walls. But the principle of more is more was very much in evidence. 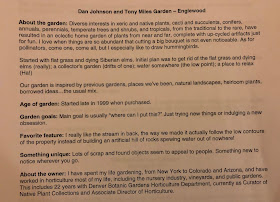 Every step through this garden revealed something new to look at -- a plant, a flower, a little vignette. 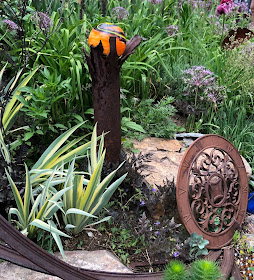 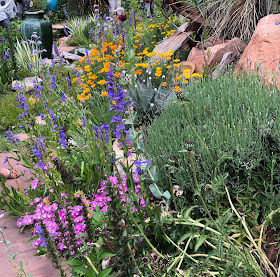 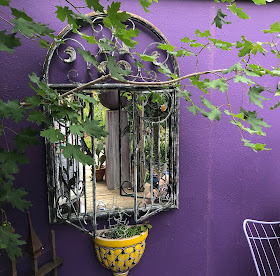 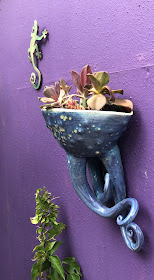 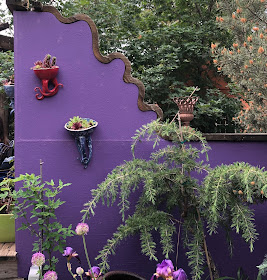 Gardening is a solitary activity. But blogging about it is a social phenomenon! I don't make money from my blog by advertising, or use it to drive customers to a business. If you liked my post, or my writing or photography, or even just one picture or turn of phrase, I'd love to hear from you. That's how I get paid.